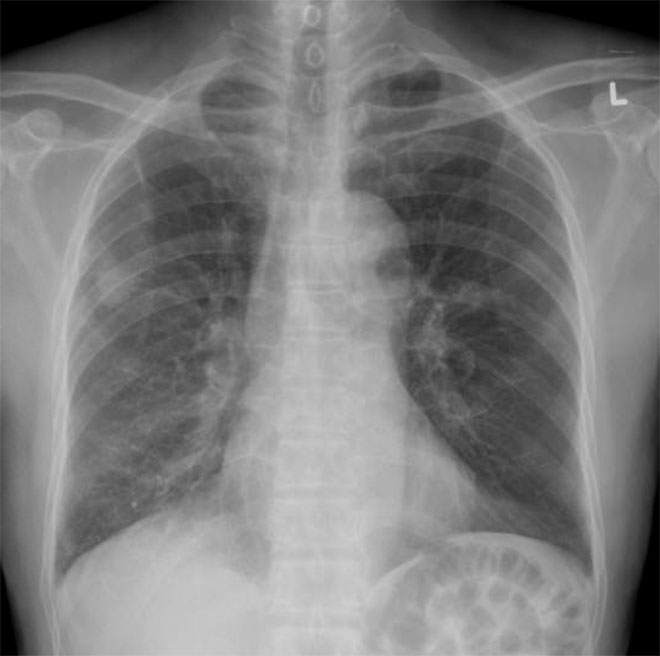 The Cause of Lung Cancer

Lung cancer develops when healthy lung cells become damaged and transform into malignant cells. Malignant cells rapidly multiply and grow abnormally into surrounding tissue and can travel to other parts of the body (metastasize).

About 85% of lung cancers are attributed to ongoing or previous cigarette smoke exposure. Cigarette smoke exposure is the single largest contributor to the development of lung cancer. However, it is possible for lifetime non-smokers to develop lung cancer due to other risk factors. A risk factor can be thought of as any toxic exposure, underlying medical condition or genetic predisposition that contributes to the development of cancer. Toxins such as asbestos, radon (a radioactive gas that can be found in the basements of some homes) and dust/fumes from certain metals are examples of other contributory exposures. Anyone with a parent, brother or sister who has lung cancer is also at a higher risk of developing the disease. Thus, an individual develops lung cancer as a result of the amount of lifetime cigarette smoke exposure, other toxin exposures in the work place or home, and the person’s genetic predisposition for developing cancer.

There are a variety of other risk factors that may be specific to an individual which can be discussed with your physician.

Types and Severity of Lung Cancer
(Classification and Staging)

Overtime, a malignant cell will grow into an abnormal mass of cells called a tumour. When a tumour is identified or suspected, a physician orders tests to assess the disease. There are two goals of these investigations:

A lung tumour is an abnormal mass of cells within the lung and does not always represent lung cancer. Some abnormal lung masses (tumours) are not malignant because they do not have the ability to spread or metastasize to other parts of the body. These tumours are called Benign and are not cancer. When invasive malignant cells are found within the lung this is cancer. The cancer can be primary (from the lung) or a metastases (cancer from elsewhere in the body). Primary lung cancer indicates that the malignant transformations originated within the lung. 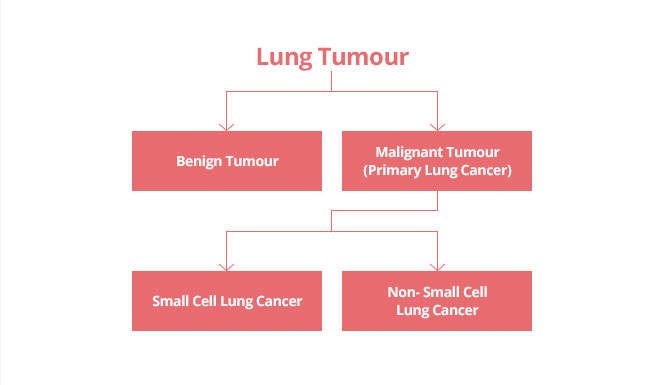 The stage of lung cancer describes how the disease has spread within the body. Staging is different for Small Cell and Non-Small Cell Lung Cancer.

Three factors are considered in staging of Non-Small Cell Lung Cancer (NSCLC). This is referred to as “TNM” Staging which stands for “Tumour, Nodes, Metastases”.

Small Cell Lung Cancer (SCLC) is a less common and more aggressive form of lung cancer. The Staging process for SCLC is shown in Table 2 below.

Imaging and Investigations in Lung Cancer

Once you have been diagnosed with lung cancer, your physician may order a variety of imaging and investigative tests to properly stage it. In general, all patients with suspected lung cancer receive a Chest Radiograph (Xray) and a Computed Tomography (CT) scan at a minimum. Some of the common tests are outlined below.

The role of a Thoracic Surgeon in the treatment of lung cancer is to surgically remove tumours. The following are some of the types of surgical procedures used to treat lung cancer.

The surgeon must determine which cancer tumours can be removed and this depends on the tumour staging and health status of the patient. In general, Small Cell Lung Cancer is not operable. For Non-Small Cell Lung Cancer Stages I and II are usually operable and sometimes Stage III as well. Some patients cannot tolerate surgery regardless of tumour stage because removal of all or part of the lung would make it impossible for them to breathe adequately. These patients are not considered operable candidates.

Two surgical methods exist for removal of a lung cancer including: Video Assistant Thoracoscopic Surgery (VATS) and Open Lobectomy. A description of these procedures and list of benefits of each operation are provided below.

Information below is provided as a guide only since each patient situation is unique . You should discuss which option is best for you with your surgeon.