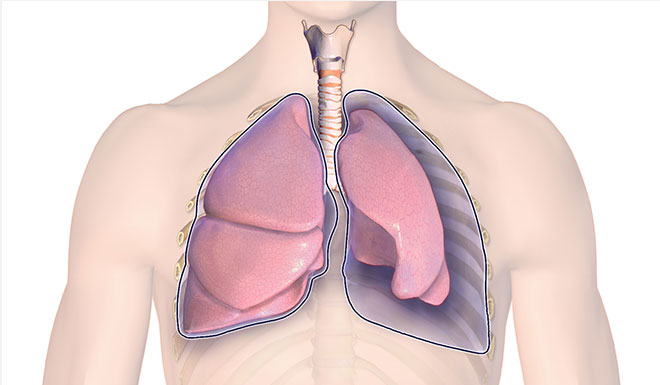 A primary spontaneous pneumothorax tends to occur in young, otherwise healthy individuals. Patients are usually tall and thin. The bullae can be regarded as "stretch marks" on the lung- caused by local weakness/stretching caused during the adolescent growth phase.

Symptoms of a Pneumothorax

Most spontaneous pneumothoracies occur during minimal exertion. It is heralded by a sudden, sharp chest pain on the side of the pneumothorax that is pleuritic in nature (gets worse upon taking a deep breath). It is accompanied by a feeling of shortness of breath. A chest x-ray is usually diagnostic of a collapsed lung. 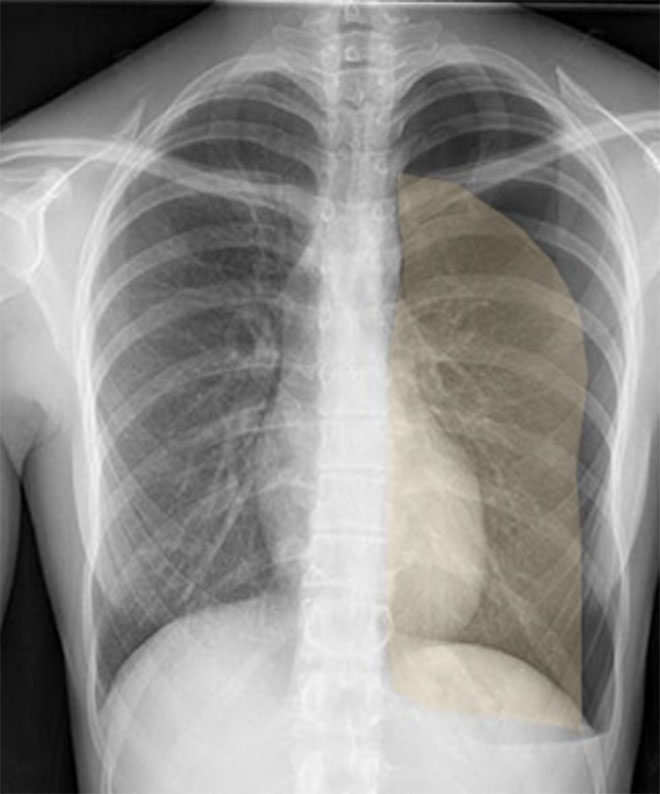 This minimally invasive therapy involves the removal of all visible bullae via endoscopic stapler. The operation is performed through keyhole surgery, 3 incisions that are around 1 cm in size. 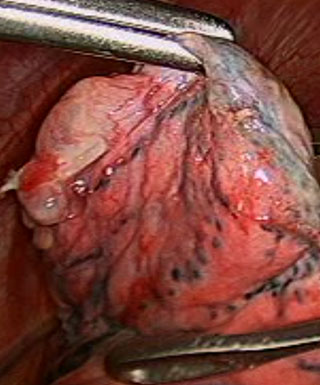 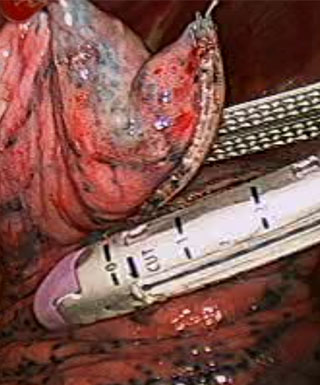 Removal of a lung bullae

After all lung bullae are removed, the inner lining (pleura) of the chest cavity is abraded or removed to allow the lung to adhere to the chest wall. This prevents another pneumothorax from occurring, even if microscopic bullae are left behind.

The combination of removal and pleurodesis results in a recurrence rate of around 4-8%, significantly better than 50%+ otherwise.

1.How much lung is removed?

2.What is the length of stay and recovery time after surgery?

Around 3 days in hospital

Around 2 weeks at home before significant recovery occurs

3.I have just had a successfully treated pneumothorax. Are there any restrictions?

You must refrain from strenuous activity, including contact sports for 2 months

4.What are the potential complications from surgery?